Predicting the future has been an unconquerable quest from the beginning of mankind. Many have tried and failed to tame the flow of time and the future. Some, like Nostradamus, have succeeded (in a way). Stories of an economist who predicted the great depression are also common. However, all such stories  by the warm blanket
Predicting the future can be a small thing such as predicting the antagonist in a detective novel to gigantic things like natural disasters. The question that must have come to your mind is how? How can we predict the future?


We have been predicting the future for a long time now. "If you don't study properly, you will fail the exam"," that boy will surely become a success", "BJP will win the elections again". But, these are not sure outcomes. If you don't study properly, you may or may not fail. Maybe the test will be easy or maybe you are a 'freaking genius'. The point is this is not a way to predict the future 100% correctly. This is just a way to predict how things 'should' happen and not how things 'will' happen.


An example of this found in science is Quantum Physics. According to Heisenberg's


So, is there no way to predict the future correctly? Here is one probable method  the future: The electronic code of the universe. Sounds fancy, doesn't it? Well, it is. According to this theory, the world revolves around an unwritten code. That everything that happens, happens because  in this code. That you and me, we have a code for each one of us. In fact, it is in my code to write this blog right now. This code like all abstract ideas is immaterial, imaginary, invisible meaning you won't find it written inside your body. (Please don't try to).


Another word for this code is, any guesses, ... Destiny (or fate) if you would like to call it. But calling it a code makes it more logical, more tangible and more easily solvable. The binary code of computers using two variables 1 and 0. This code uses infinite variables (a countable infinity). 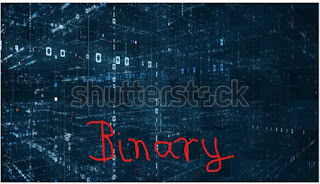 How the past effects the future: If we have a certain periodic habit, we are 'most probably' bound to repeat the same habit. This makes a loop sort of thing in the code. For e.g., If I go to a tennis academy every day then my code would look somewhat like;
where T represents the academy and x represents everything else.


Let's work with an example of making it easy,
Assuming I have to find out what my physics teacher will teach tomorrow, the variables involved in this part of the code are the chapter we are doing, it's percent of completion, the mood of my teacher, the mood of all the students in my class, the syllabus of the class, the authorities of the school, etc. However, these are just major factors. Using these, I can only predict the future to a certain extent. For a 100% prediction, I need to take all factors and all cases including traffic that , weather, the peons, the school furniture, a war in another country and whatnot.


Let's work on a simpler example,
Flipping a coin. We can easily say there is a 50-50 chance of heads and tails. But if I want a single answer with 100% accuracy, I need all the factors.
in physics and can be anything from a person disturbing the flipper to a muscle pull to air resistance. For every minor case, there are a million variables. Only by using a combination of all these variables can we 100% predict the future.


By these two examples, you must have realized two things, first, that it is impossible for a human  the future without the use of machines. And second, that instead of an individualistic view, we need a holistic view to even try  the future. Do we have enough for a holistic view? We have google maps, Facebook and the internet to provide us with our holistic view. But is it enough?


In conclusion,  the future, we need a machine  the past, vast strides in psychology and holistic information of the universe.

"It's all in the code."-Polaris

Posted by Polaris at 5:47 AM No comments: